Science Council Board of Trustees

The Board of Trustees is responsible for the overall leadership of the Science Council, and in partnership with the charity’s constituent Members setting its values, standards, aims and objectives and delivering them in line with the objects of the Royal Charter. The Board is responsible for ensuring that the Science Council functions within the legal, regulatory and financial requirements of a registered charity.

The Boar consists of a Chair (who is a trustee), between 8 and 12 Elected Trustees and up to 3 Appointed Trustees. The Board can also co-opt members to fill up to two elected trustee vacancies that may arise between General Meetings. Elected Trustees are elected by Member Bodies to serve in this capacity as individuals and not as representatives of organisations, interest groups or sectors. Elected Trustees serve a three-year term with the option of re-election for a further three years.

Download the Schedule of matters reserved to the Board. 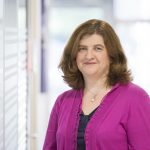 Helen is Deputy Chief Executive of the Royal Society of Chemistry. She joined the Royal Society of Chemistry after completing a degree and PhD in Chemistry at Exeter University. She has several years’ experience working at senior board level, being appointed to Director of Membership in 2011, Executive Director of Membership, Operations and Organisational Design in 2012, before becoming Deputy CEO in 2015. Her core strength is in building effective relationships with members and Trustees.

She has many years of experience working with Boards and Committees and ensuring the RSC’s Charter objects are delivered. She has a strong belief in organisations remaining focused on their core purpose and in ensuring effective strategies and business models are in place in order that organisations remain relevant and sustainable. She is a champion for inclusion and diversity and committed to establishing efficient and effective governance practices. Download the Chair's role description. Adam has worked for the IES in various roles since 2006. In 2013 he was made the organisation's first CEO. Adam is a Chartered Environmentalist.  Between July 2014 and March 2015, he was the Interim CEO of the Society for the Environment, an umbrella body for registration, bringing together 24 professional institutes. He has held board positions as Vice President of the European Network of Environmental Professionals (ENEP) and was a non-Executive Director of Change Agents UK (2011-16). He was the 2014 Young Leader of the Year at the Association Awards UK. He holds an MBA and a BA in History, and has a passion for long-distance running. 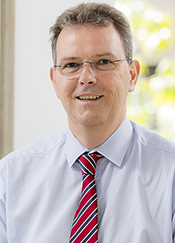 Mark is a member of the Chartered Institute of Management Accountants and is Executive Head of Finance at the Institute of Biomedical Science (IBMS). As a member of the senior management team he participates in setting the strategic direction for the organisation and making sure a sustainable business model is in place. He supports the trustees to make sure there are suitable governance arrangements and financial controls in place.

He started his career with a number of finance roles in the NHS. He then moved into the charity sector to work with an organisation involved in skills development in the engineering sector. He was Head of Finance at a trade body for UK residential mortgage lenders before moving to the IBMS. Jonathan has worked in professional bodies for over ten years and has gained policy and development experience in over 20 countries. He is currently Director of Policy - The Profession at the Royal Institution of Chartered Surveyors (RICS), having previously held the position of Head of Regulatory Policy and Development. Jonathan was previously Head of Regulatory Affairs at the Press Recognition Panel, where, following the Leveson Inquiry, he developed the regulatory framework for recognising and monitoring press self-regulators. He has previously worked at the Institute of Chartered Accountants in England and Wales (ICAEW) and the Solicitors Regulation Authority (SRA). 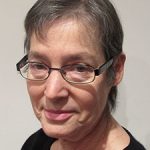 Ruth Kaufman is a Companion of OR (Operational Research) and a former president of the OR Society. She graduated with a BA in Maths (as a Social Science) from the University of Sussex in 1974, and worked in OR and other management functions in London Transport and London Electricity before joining the Department of Health as a Principal OR Analyst. She moved on to lead the OR Group at the UK Export Credits Guarantee Department (ECGD), and was Chair of the Government OR Service for two years. Before retiring from government in 2008, she was a member of ECGD’s Executive Board, as Head of Strategy, Change and OR. Ruth was a co-founder of the Pro Bono OR initiative where she continues to play a leading role. She is a trustee of Humanists UK and also currently Chair of the EURO Working Group on Practice of OR, adviser to the Finance Committee of the National Federation of Women's Institutes, and undertakes a variety of other activities including freelance consulting. She was awarded an OBE for “Services to Operational Research” in the 2016 New Year’s Honours List. 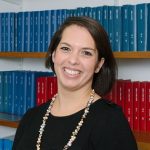 Having graduated from the University of Plymouth with a BSc (Hons) Marine Biology and Coastal Ecology followed by a MSc in Sustainable Environmental Management, she moved to London and started work at the Royal Society of Biology in an entry level office role but rose quickly through the ranks, holding the position of Director of Membership and Professional Affairs at the Royal Society of Biology from 2017 - 2020. In previous roles she has led education policy and outreach initiatives, including advising the government on the 2012 National Curriculum review and more recently appointed as a Panel member of the Technical Level (T-Level) Panel in healthcare science.

Rachel has 12+ years’ experience working in the professional body sector and is an elected Chartered Fellow of the Royal Society of Biology (CBiol FRSB). She is a Trustee of the Royal College of Nursing Foundation, where she is currently Chair of their Grants Committee, and has previously been a Governor of 2 Good Lower schools in Bedfordshire.

Arthur currently holds the post as Education Officer and Chair of the Education Board for the Institute of Science and Technology (IST) and is a Specialist Advisor to the National Technician Development Centre.  During a long career as a professional Scientist and Management practitioner at the University of Manchester, Arthur became highly knowledgeable of and skilled in the effective delivery of research, teaching and professional services in the UK's Higher Education Institution (HEI) sector.

He is a Fellow of both the Royal Society of Biology (RSB) and IST and a Chartered member of the Institute of Occupational Safety and Health (IOSH).

Arthur has well established, productive working relationships within a number of professional bodies including the Royal Society of Biology (RSB), the Universities Safety and Health Association (USHA) and the University Bioscience Managers’ Association (UBMA). Working with such professional bodies, Arthur has actively contributed to shaping best practice and achieving, HEI sector wide, advances; notably in enhancing the professionalism, employability and career progression prospects of technical staff and in the development of safe & sustainable laboratories. 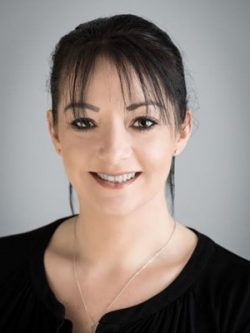 Catherine is a Chartered Scientist and Clinical Scientist and has worked within the NHS for almost 25 years. She is currently the Scientific Lead at the Office of the Chief Scientific Officer for NHS England, having spent most of her clinical career specialising in Cardiac Ultrasound.

She has been actively involved in her professional body for over 20 years and has held a number of Board level positions including serving five years as President of the Professional Body for Cardiac Scientists (SCST), and during that time was also a member of the Academy for Healthcare Science Professional Body Council and the Council of the British Cardiovascular Society.

Catherine has led and been involved in a number of STEM initiatives aimed at inspiring children and in particular females to pursue a career in science and is a champion for equality and diversity in Science. Simon is a partner at international law firm Allen & Overy LLP, which he joined in 2001. He has extensive experience in advising boards, companies and non-profit organisations on governance matters, including compliance with the Companies Act, internal policies and procedures, risk mitigation and reporting, advice on the UK Listing Rules and other regulations. His practice also involves advising clients on a wide range of cross-border public and private M&A transactions, joint ventures, corporate reorganisations and equity capital markets transactions. Simon is a member of the firm’s Pro Bono and Community Affairs group and has served as a trustee or board member of a number of non-profit organisations. 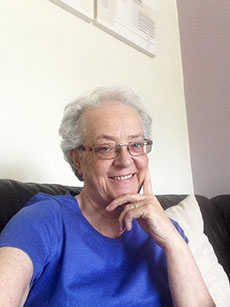 Joan is a Fellow of the Institute of Science & Technology (IST) and currently operates as their Finance Officer and Deputy Chair. The IST is one of the Science Council’s Member Bodies, licenced to award registration at RSciTech, RSci and CSci levels. She is involved in developing strategy for the Institute, controlling finance and administration functions and acts as an external representative for them. Prior to taking up her role with the IST, Joan’s career was spent in Higher Education at the University of Manchester. She joined them from school as a Junior Technician and spent 32 years with them, finally leading technical services at school/faculty level, and latterly managing the school/faculty finance and extensive research grants portfolio. She is committed to the development of career opportunities for technical staff and is passionate about initiatives that enhance the professionalisation of the technical workforce. Having spent most of her professional career working within the technical community, she is keen to champion professional registration across this often-undervalued workgroup to help them to gain the recognition that their expertise and skills deserve. Joan holds a BA and MBA and has recently been invited to sit on the Board of Trustees for the new National Technician Development Centre. 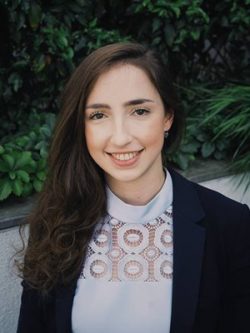 Philippa is an Independent Advisor, working with international governments, regulators and businesses in the Financial Services and Technology space. She engages globally to reduce market access, policy and regulatory barriers for businesses and to promote collaboration and competition.

As a Board member, investor and business advisor, Philippa supports companies with strategic development, building partnerships and scaling internationally. She leads on initiatives including FinTech Bridges for the UK Government and consults on implementing approaches to innovation.

Philippa holds a Masters in Physics (First Class Hons.) from Imperial College London and conducted research in Biophysics at the EPFL in Switzerland. She is passionate about driving collaboration at the intersection of science, business and innovation policy. Since beginning her career with Merrill Lynch, Philippa’s work has spanned financial services, entrepreneurship, international business development, policy, and corporate innovation in both Europe and Asia Pacific. 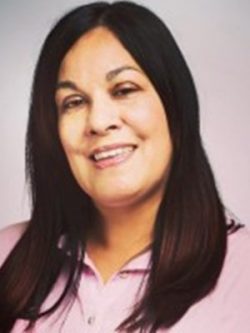 Paula is a Risk Manager and  Board Advisor with  a background in International Banking and Asset Management covering 25 years. Specialist areas include Financial Markets, Credit and Operational Risk, Business Resilience, Governance and Regulatory Affairs. She has a track record in the implementation of Risk frameworks and related quantitative models and Technology.

Paula has wide-ranging experience from a variety of organisations including HSBC, Goldman Sachs, the Bank of England, the Department for Education, KPMG and Deutsche Bank. Paula is the European Chief Risk Officer for the US Investment Bank and Wealth Manager Stifel Financial Corporation.

She is also an Independent Board Member for the Guildhall School of Music and Drama and an Ambassador for Women on Boards. Her interests include Science and Technology, the Arts, Education, and promoting Inclusion. Paula has a PhD in Space Plasma Physics from Imperial College and a BSc in Physics from Kings College London.

The Science Council Board of Trustees delegates various functions to its three sub-committees:

Observers from the Engineering Council and Society for the Environment are invited to attend Registration Authority meetings.

The Nominations Committee provides, develops and maintains formal, rigorous and transparent procedures for Board and other key appointments. All Committee members are trustees of the Board.

If you have an interest in a particular governance area and would like to explore current vacancies, please visit our vacancies page or contact Oli O’Hanlon.