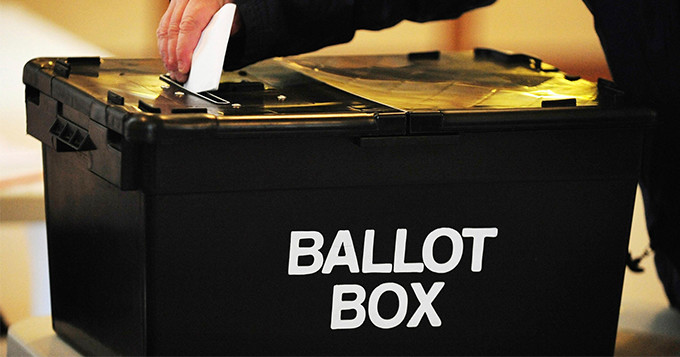 Where does science feature in the Welsh and Northern Ireland Assembly Elections?

Although mention of the word ‘science’ is largely conspicuous by its absence in the manifestos of the main political parties in both Wales and Northern Ireland, there are specific areas of interest for the respective science and engineering communities, contained within the various publications, including proposals for Education, and Energy and the Environment.

While Wales is expected to acquire further devolution from Westminster later this year, including the granting of tax-raising powers, the election campaign, traditionally featuring education, health and the economy among the main issues, has been overshadowed by the steel crisis and the EU Referendum.

The Conservatives, Plaid Cymru, the Liberal Democrats, UKIP and the Green Party are all committed to the reform of student finance. The Conservatives would replace tuition fees with a rent rebate for undergraduates. Similarly, the Lib Dems would scrap fees and introduce a student living support grant, worth £2,000 to £3,000. Plaid would pay Welsh-domiciled students who work in Wales £6,000 per annum during the first five years after graduating, up to a maximum of £18,000.

UKIP have pledged to replace fee grants with loans for undergraduates studying in England and will abolish tuition fees for those Welsh-domiciled students reading STEM and medicine degrees. The Green Party will not charge fees. Labour has promised a new HE funding body, and a “better package of student support than on offer in England, based on the recommendations of the Diamond Review”, which is due to report later in the year.

Energy and the Environment

In Northern Ireland, the debate is largely centred on health and education, together with moral issues and Corporation Tax.

Similar noises all-round on HE. The DUP and Sinn Fein pledge to keep university fees ‘affordable’, while the Green Party opposes any further rise in tuition fees. The Ulster Unionists would protect student maintenance grants.

Sinn Fein pledges to ensure Universities are funded to deliver the skills demanded by the economy. Similarly, the SDLP want to reduce student fees and cuts to university places. They want to direct more efforts towards STEAM (Science, Technology, Engineering, Arts and Maths) subjects which they recognise will “form the bedrock of future well paid jobs“.

Energy and the Environment

The Alliance Party, Green Party, SDLP and Sinn Fein propose a Climate Change bill. The Green Party, Sinn Fein and the SDLP oppose fracking. Ulster Unionists commit to reduce greenhouse gas emissions in line with UK obligations. UKIP would to scrap wind turbines. The DUP will create a new environmental advisory division following the merger of the Agriculture and Environment Departments. The Trade Unionist Voice (TUV) want to scrap green taxes, seen as being “based on dubious science”.

So where does this all leave science in Wales and Northern Ireland?

Unlike the manifestos of Scottish parties, it is notable that none of the Welsh or Northern Ireland parties have made any specific comment about science policy or commitment to science spending. However, it is clear from the manifestos that university tuition fees will be a topic of great concern over the next few years.

The science community should be encouraged that a number of parties recognise the importance of investing in science as being crucial to long-term economic health and sustainability. Professional and learned societies in science therefore must continue to engage with all parties to ensure that the voice of the science community is increasingly heard.

The Science Council’s Policy and Public Affairs network provides an informal forum for professional bodies and learned societies in science to engage in science policy, and to widen their professional network. Events are open to people from both member and non-member organisations.