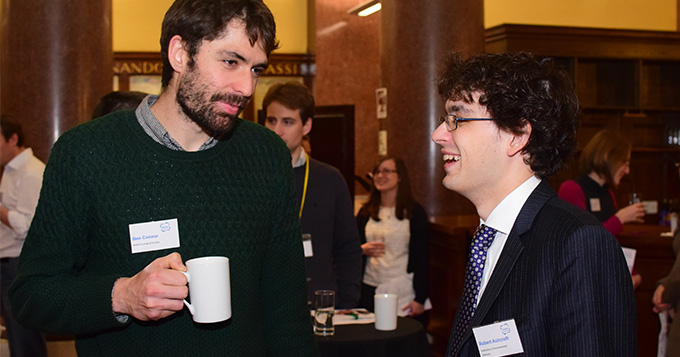 An informal forum for people engaged in science policy to widen their professional network. Events are open to people from both member and non-member organisations.

Spring Reception 2015 with Andrew Miller MP
We were joined by Andrew Miller MP, Chair of the House of Commons Science & Technology Select Committee who talked about his experience as Committee chair, his time in Parliament and the value of learned societies and professional bodies in science: how they can help shape the science policy landscape for the better.

If you would like to be part of the Public Affairs Network or have a suggestion for a future event, contact Oli O’Hanlon.