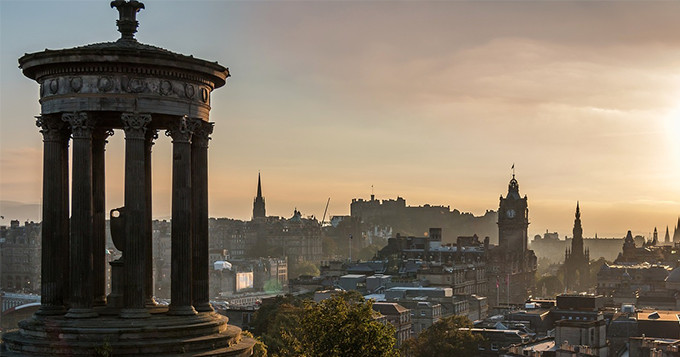 How visible is science in the 2016 Scottish Parliamentary Elections?

by Bristow Muldoon, Head of Policy Advice, The Royal Society of Edinburgh

What do the main political parties manifestos say about science in the lead-up to the 2016 Scottish elections? Turns out, quite a lot actually.

The Scottish Parliamentary election debate this year has largely been dominated by two key issues: tax and Scotland’s constitutional future. Tax has featured strongly because there are now broad tax setting powers available to the next Scottish Parliament, while the constitutional debate has remained prominent even beyond the 2014 Referendum. Labour, Liberal Democrats and the Greens all propose to raise the rates of income tax to reduce the impact of austerity or invest in education.

In relation to science, what debate there has been can be broken down into four main topics: education; science and the economy; scientific advice; and environment & energy.

The Scottish National Party (SNP), Labour and Liberal Democrats have all committed themselves to maintaining the position of “no tuition fees” for Scottish domiciled undergraduates, while the Conservatives propose the introduction of a graduate contribution, set at £1,500 per year, up to a maximum of £6,000 over the course of an undergraduate degree. Several of the parties state that they will implement the recommendations of the Widening Access Commission on university entrants.

Science and the economy

Most of the parties make a big play on the universal roll out of superfast broadband as a driver of the economy. Increased productivity through science and innovation is also a common theme, although the means of achieving this is often more opaque in the manifestos. There is also a promise of more modern apprenticeship opportunities in several of the programmes.

The use of scientific advice

It is cheering to hear that Labour and the Lib Dems both indicate that they would increase the influence of the new Chief Scientific Adviser (CSA), due to be appointed soon after nearly 18 months without one. The new CSA’s focus over the next few years may be around providing advice on energy and GM matters. The Lib Dems have indicated that they wish to introduce a Science and Technology Committee at Holyrood. One has never existed, and I am sure that the scientific community will welcome this proposal.

On energy policy, the issue of fracking is prominent in the political debate. The SNP propose a continued moratorium unless “it can be proved that it will not harm the environment, communities or public health.” The new CSA will undoubtedly play a key role in this debate. Labour, the Lib Dems and Greens all propose an outright ban, while the Conservatives say they would allow the development of the unconventional gas industry.

The Conservatives and UKIP both support the retention of nuclear electricity generation as part of the energy mix, while the SNP rule out the replacement of the existing nuclear stations once they come to the end of their operational life. The SNP propose to introduce a new Climate Change Act which would increase the target for emissions reductions to 50% (although the existing targets have not been met).

So where does this all leave science in Scotland?

Professional bodies should take heart from what each party is saying about science. Manifestos espouse, and rightly so, Scotland’s strength in the life sciences and renewable  energy. With the SNP on course to win by a significant margin, professional bodies will be particularly heartened that the party has committed to developing a Scottish STEM strategy. We will of course wait to see what this might look like in the coming months.

It is important therefore that professional and learned societies in science engage with whoever wins on May 5th to ensure that science in Scotland continues to be world-leading.

The Science Council’s Policy and Public Affairs network provides an informal forum for professional bodies and learned societies in science to engage in science policy, and to widen their professional network. Events are open to people from both member and non-member organisations.