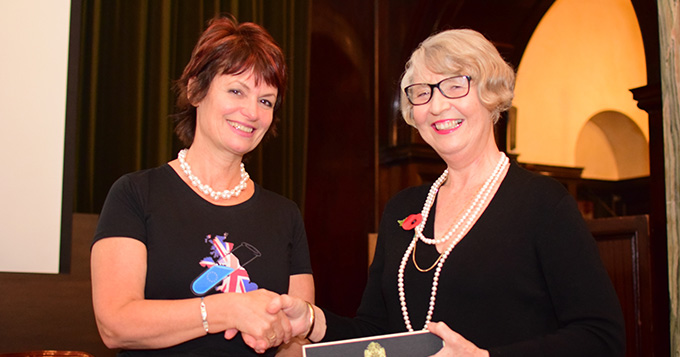 Professor Dame Anne Glover delivers the Roberts Lecture 2015 on the topic of whether international policy could be driven by politics, values and beliefs alone.

“Our social environment influences our opinion more than we think,” observed Professor Dame Anne Glover at the Science Council’s Roberts Lecture yesterday evening. Speaking on the topic of whether international policy could be driven by politics, values and beliefs alone, Professor Glover argued that it is the role of a scientific advisor to put the facts and the evidence forward in an objective way for politicians to make decisions, but that there are times when the evidence might not be used to achieve what’s required.

Professor Glover has many years’ experience in the science policy arena. In 2006 she became first ever Chief Scientific Adviser for Scotland, a post she held until 2011. In 2012 she was appointed to the European Commission as Chief Scientific Adviser, providing independent expert advice on any aspect of science, technology and innovation.

She drew upon this experience in her talk, referencing the example of when the European Commissioners argued over evidence that had been presented rather than the policy options. “They’re not qualified to argue about the evidence,” she said. “They’re politicians, they should be arguing about the policy.” “My hope is that politicians would be leaders,” she said when questioned further
by the audience to what extent public opinion and acceptability should influence policy-making.

Professor Glover also emphasised the importance of transparency, for the public sector but also for the private and voluntary sectors. She mentioned the “peculiar perception” of industry, where a scientist working for a company is seen as biased, compared to one in a university. She also called for NGOs to be more transparent about their own evidence base, rather than “standing at the sidelines and shouting”.

Wearing a Scientists for EU t-shirt, Professor Glover ended with a call to arms: “We are scientists. We must always strive for the best evidence but we must be clear on areas of uncertainty. We are entitled to our own beliefs, but not to our own facts and it is crucial to distinguish these.” Contact Oliver O’Hanlon for information about the Science Council’s policy activities.