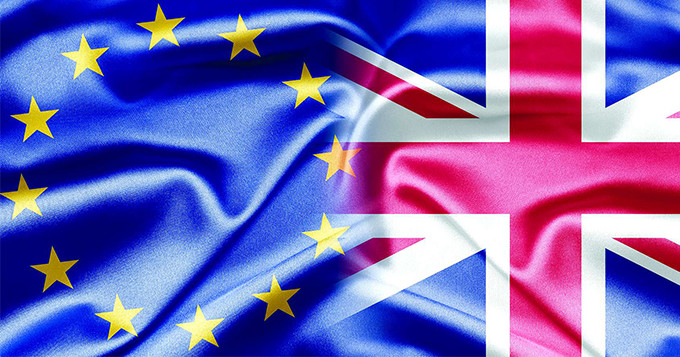 The safe choice for science is to Vote Leave

Technological and economic forces are changing the world, yet at the moment, EU membership is holding our science sector back. Brussels has taken wide powers over the policies that govern scientific research and the development of new technology, which are leaving us unable to exploit the opportunities of the future.

The EU funding system is extremely bureaucratic and based on political considerations, meaning billions are wasted. Money is often widely distributed across the EU so that scientists in many countries get money rather than the money going to the best teams. This undermines the best institutions.

There is nothing in the EU that compares to the USA’s Silicon Valley, where leading universities combine with dynamic, entrepreneurial firms to encourage innovation and nurture new technologies. Instead, the EU has sought to protect older firms with older products (undermining new technology, such as Dyson’s products). Accordingly, most patents that are lodged in the European Patent Office now come from non-EU countries.

To make things worse, instead of investing in science, the EU recently raided over €2 billion from the HORIZON science budget to pay for the problems caused by the euro. The UK pays £20 billion to the EU every year – four times the UK’s science and research budget. If we vote to leave, we will be able to increase funding to science and still save billions.

The EU does not promote scientific leadership

In 2014, the President of the European Commission fired his Chief Scientific Adviser because her advice was politically awkward, a decision that was widely condemned by leading scientists. The EU has repeatedly tried to address its failures since the 1990s amid fears that the leadership of new fields, such as the internet and communications, is moving to America which has far more world-leading universities for science research. Its attempts have always failed.

The EU passed the Clinical Trials Directive, which has been devastating for cancer research. A report by the Academy of Medical Sciences stated that it “places an unnecessary regulatory burden on clinical trials of both new products and established drugs,” which was “hampering clinical trials and discouraging academic and commercial health research sponsors from conducting their studies in the UK”. According to the EU itself, since the Clinical Trials Directive was introduced the average delay for launching a clinical trial has increased by 90% to 152 days.

The EU also passed the REACH regulation, making it costly for SMEs and entrepreneurs to handle chemicals. The Government has admitted that ‘The cost of registering chemicals under REACH is excessive. SMEs across the EU are hit disproportionately hard. REACH is forcing some smaller businesses to consider manufacturing outside Europe or stop manufacturing altogether.’

The EU limits the use of GM crops in ways that have been strongly condemned by Nobel-winning scientists and which have resulted in companies such as BASF moving operations to America.

These problems will only get worse. The EU’s treaties promote the ‘precautionary principle’ which cautions against innovation – something that scientists have warned is short-termist and draws on present fears and prejudices.

Leaving the EU is the safer choice for science

The European Commission has revealed that it provides science funding to over 100 countries around the world, from Zimbabwe to Fiji. Likewise, the key European bodies that promote science and research do not require their members to be in the EU. If we Vote Leave, we will continue to work with European partners – and researchers all over the world – to further scientific research.

One of the most damaging effects of EU membership is its effect on immigration policy. Outside the EU we could have a much more sensible policy in which criminals are banned and we explicitly fast track scientists to come to Britain and work here. This would be great for Britain, Europe, and the wider world.

British science has a bright future outside the EU – it’s time we seized the opportunities open to us if we take back control.

Read what happened at our sell-out EU debate. Continue the conversation with us at @science_council using the hashtag #EUref.