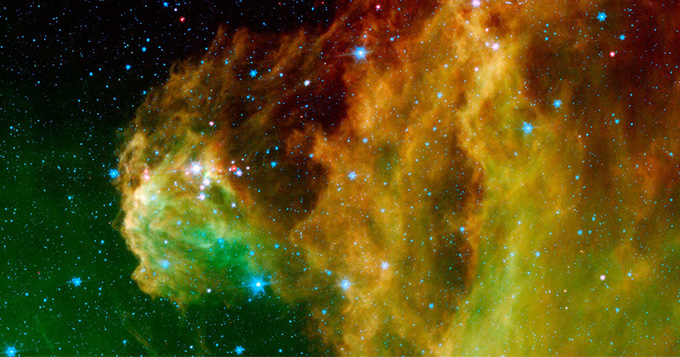 I have a confession to make. 14 May is International Astronomy Day. 7 May was Space Day. And I didn’t know about either of them.

In my job, leading on external communications for the Royal Astronomical Society, you might expect me to be more in touch with these things. I chaired the organising committee for the most recent National Astronomy Week (in 2014, celebrating Jupiter ) and had a role in the International Year of Astronomy in 2009 .

Few would dispute that astronomy and space science enjoy public recognition and participation that many STEM subjects can only dream of. It’s a lot harder to capture the imagination of children, and for that matter programme makers, with say materials science, than it is with close-up images from Pluto. With evidence from schools and undergraduate students alike, we’ve shamelessly used this to argue that astronomy is a ‘STEM attractor’, and at least at university level, it’s also proven reasonably effective at bringing women into physics .

Tim Peake’s mission to the International Space Station, the landing of the Philae spacecraft on Comet Churyumov-Gerasimenko , and the recent discovery of gravitational waves have all been major news stories. Just last week the rare, if hard to watch, transit of Mercury led to around 50 public events in the UK alone, and coverage of those from at least 1,000 news outlets around the world.

So perhaps we worry too much about (sometimes slightly contrived) celebration days and anniversaries, and how much the public care about them.

200 years of the Royal Astronomical Society

The RAS has its bicentenary in 2020, and we’ve invested £1m in a whole range of projects to engage new audiences with our sciences. And this year we celebrate the (painfully late) admission of women to Fellowship of the Society in 1916 .

But my other confession is that the outcomes are what matter to me. If for example a young carer in Scotland, or a former factor worker in Liverpool, decides to pursue a career in STEM as a result of our work, that’s to my mind much more important than whether they know the RAS was set up 200 years ago.

It’s true that the history of science has some amazing stories. Great examples for us are the canon of Islamic astronomy, and the pioneering and largely forgotten women who made seminal discoveries from understanding the composition of stars to the dearth of sunspots in the 17th century. Let’s not though sweat the dates all the time, but concentrate instead on celebrating the science.

Find out more about the Royal Astronomical Society, including how to join.