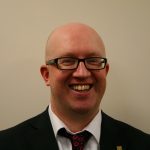 Rob was a science teacher for over 20 years, spending the last six as a deputy head before leaving to pursue a career as an independent consultant. Rob is a Field Officer at the Association for Science Education (ASE) and also holds Chartered Science Teacher status through them, gaining his professional registration in 2011. Rob is passionate about science at all levels of society and the importance of being professionally registered. 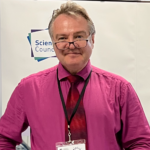 Laurence Dawkins-Hall is a life sciences graduate who has had career as a technician in higher education in the UK, as well as in Germany and the USA. In 2017, Laurence became a Chartered Scientist (CSci) with the IST and is also a Chartered Biologist (CBiol) with the RSB. Apart from a role as an Applicant Support Mentor with the Science Council, Laurence holds similar voluntary positions with the IST and NTDC, collectively providing registration workshops in person at technician conferences, and nationally via remote access. Laurence’s portfolio of work has led to him being  shortlisted for the Papin Prize 2021, and elected Fellowships with the IST (FIScT) and RSB (FRSB). 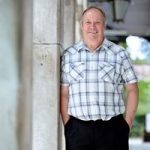 Stephen's main areas of scientific expertise are Histology, Microscopy, & Immunohistochemistry, having originally trained as a Biomedical Scientist. Other areas of expertise include conference management, network coordination and CPD facilitator. He is passionate about training scientific & technical staff in higher and further education, and related organisations across the UK. He is a Fellow of the Institute of Anatomical Sciences (FIAS); Member of the Royal Society of Biology and a Chartered Scientist through the Royal Society of Biology.

Watch our bio video of Stephen