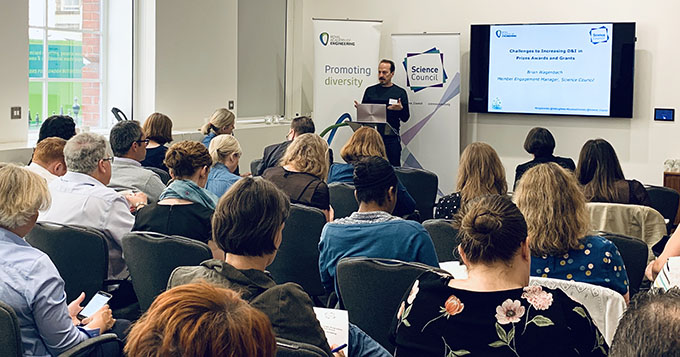 A Prizes, Awards and Grants workshop organised by the Science Council and the Royal Academy of Engineering took place on 16th May to support diversity and inclusion progress across science and engineering professional bodies.

45 delegates from a wide range of professional bodies, both from within the Science Council membership and outside of it, learnt about examples of good practice in different organisations. Some organisations have undertaken fundamental reviews of their award programmes and implemented other changes including: 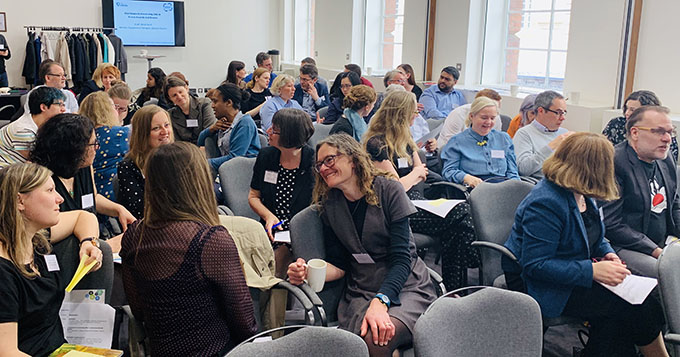 Discussion between delegates at the Prizes, Awards and Grants workshop

Delegates also took part in group discussions about what challenges they face to increasing diversity and inclusion in prizes, awards and grants and looked at what they could do to influence change in the prizes and awards cycle. Some of the challenges noted were:

‘I was delighted with the enthusiastic participation in the workshop. Everyone had something to contribute, and I think everyone took a useful idea away for their action plan. There was real energy and commitment to the Progression Framework in the room, from the wide range of science bodies’ and professional engineering institutions’ representatives.’ 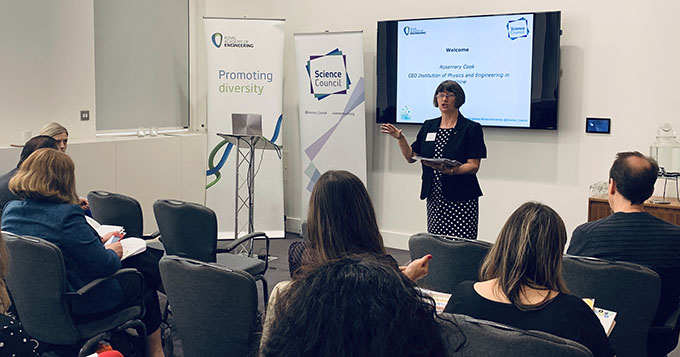 A workshop focusing on education, training and accreditation and examinations will take place on the 16th September.

Thank you to the Institution of Engineering and Technology (IET) for hosting the workshop.