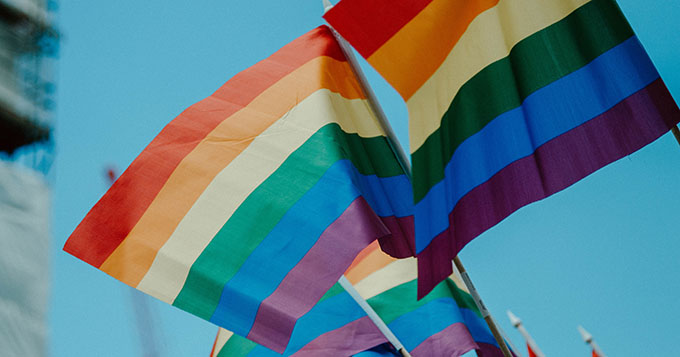 LGBTQ+ History Month: I’m proud to be a queer scientist!

To those of you reading this that identify as cis-straight, this might be considered an odd start to a blog; after all, people tend not to announce that they’re proud to be a straight, cis-gendered scientist.  That may well be because, or so I’ve been told on more than one occasion, an individual’s sexual orientation and gender identity have absolutely nothing to do with being a scientist… or do they?

In July 2019, the Bank of England announced the outcome of a public vote to find a scientist to be the face of the new £50 note. As multiple votes were allowed, I voted for both of my scientific heroes, Rosalind Franklin and Alan Turing, and was pleased enough that they both made it to the shortlist; let alone that one of them had made it onto the note.

The fact that Alan Turing was the winner was hugely significant to me as an LGBTQ+ scientist because up until around 2015, he was the only LGBTQ+ scientist of note that I would have been able to name but, sadly, he took his own life in 1954 at the age of 41; just three months before the Wolfenden committee was to meet for the first time.  This significance of this committee is that it produced a report in 1957 that led to the partial decriminalisation of male homosexuality in England and Wales in 1967, thus starting the journey to legal equality for LGBTQ+ people that continues to this day.

Legal equality is one thing, but social equality and inclusion is another, and this is as true in science as in any other professional group, if not more so.  Despite being out since I was a postgraduate chemistry student in the early 1990s, as recently as 2015, I didn’t know of any other LGBTQ+ scientists or engineers in my current profession of Medical Physics.

This led to me feeling isolated, a feeling that is commonly reported by LGBTQ+ scientists anecdotally, but until very recently there have been very few reports on the experiences of LGBTQ+ people working in STEM.

One such report states that 28 % of LGBT+ scientists responding to a survey had sometimes considered leaving their workplace because of the climate or discrimination towards LGBT+ people and 20 % of trans had often considered this.  So why should this be if, as I was told, sexual orientation and gender identity have nothing to do with being a scientist?

One reason is that the scientific environment is, essentially a cis-gendered, heterosexual one in which it is assumed any scientist is cis-straight. As a result of this an LGBTQ+ person constantly has to correct those assumptions and, as they can come completely out of the blue, this can sometimes be stressful. One way to reduce this stress is to pre-empt it by coming out in a visible way to your colleagues, providing of course that the professional environment is seen as LGBTQ+ friendly.

This approach, however, runs the risk of the individual being perceived as attention-seeking. If, as a cis-straight person, you want to have an idea of what this feels like, might I suggest spending a few days noting every occasion that someone either assumes that you are cis-gendered or straight and think about how you would go about correcting them each time. If you prefer the high-profile coming out approach, why not think about how you would go about announcing your cis-gendered, straight identity.

Would it be walking into a lab and announcing it on a Monday morning? Perhaps you could do it as part of the “any other business” item in a departmental meeting or how about dropping it into a scientific presentation?

Another reason is that creating an inclusive environment for any minority, but especially an invisible minority, requires the majority to take a proactive approach. They need to be educated about the issues and barriers and be able to take specific action. Many of the reports contain a list of actions and recommendations, but how many of them are taken forward by the majority and, if they aren’t, why aren’t they?

In my experience, one of the principle barriers to implementation is fear: fear of getting it wrong; fear of upsetting the minority; or fear of upsetting those who don’t want to be involved. Sometimes it’s a more personal fear, perhaps it’s that uncomfortable, self-conscious feeling when you put your pronouns on your email signature or title slide for a presentation for the first time. So in these circumstances perhaps it’s worth thinking, “How would I feel about this if I was transgender or had a non-binary gender identity?”.

After all, we want to create an inclusive environment where people can be themselves and do great science and, as sexual orientation and gender identity are fundamental components of an individual’s sense of self, they therefore have everything to do with being a scientist.